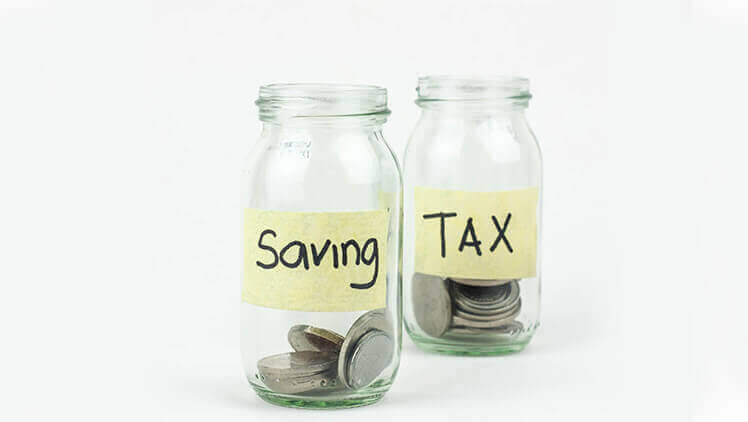 Tax deductions are claims made to reduce taxable income that come from a taxpayer’s various investments and other additional costs. The advantage of taking an income tax deduction is that it lowers your overall tax payment, thereby allowing you to save money on your taxes.

Various Types of Deductions According to Sections

Tax paying individuals have many tax-saving instruments and investments that help them save on their taxes significantly as per the following sections of the Income Tax Act of 1961:

Under this section of the Income Tax Act, an individual can claim deductions worth ₹1,50,000 on their taxable income. Both individuals and the Hindu Undivided Family (HUF) are eligible for deductions and benefits under Section 80C. Any Indian citizen who has an income higher than the exempted limit as per the act can seek exemptions under this section.

Income Tax 80CCD deals with the contributions that are made to the below-mentioned pension schemes:

This part examines the employer’s contributor towards the NPS commitment. The limit is 10% of the employee’s salary as a part of the Income Tax 80CCD.

Under this section, an individual can opt for an additional tax benefit of ₹50,000 for investments that have been made in the NPS. The total savings can hence, amount to a sum of ₹2,00,000.

A tax exemption is accessible under tax-saving under 80D for the charge paid for health insurance. A citizen can deduct up to ₹25,000 for protection for themselves, their companion, and their dependent children under Section 80D. Assuming your family elders are under 60 years of age, you can get an extra derivation for their protection up to ₹25,000 under tax-saving under 80D. Furthermore, if they are past the age of 60, they can deduct ₹50,000 under this section. Additionally, the deduction allowed as per this section is ₹1 lakh if both the family members and the parent(s) are over 60 years of age.

Section 80CCC of the Income Tax Act as well as other sections in the IT Act as prominent tax saving options that help individuals save money on the contributions made in certain specific funds that are mostly offered by life insurance. So, investing in such tax-saving schemes and reaping their benefits is always a good option!

Role of Life Insurance in Your Financial Portfolio

All about Online Income Tax Calculator

5 Unusual Investments You Didn't Know for Saving Taxes in India

How to File Income Tax Return - Everything You Need To Know

Income Tax Deductions for Disabled Person Under Section 80U

Difference between Section 80C and 80CCC of the Income Tax Act, 1961

What is ITR & How to File Income Tax Return

Tax Season Is Coming- Know How to Save Tax

How to Claim TDS Refund for Excess TDS Deduction

9 Point Guide on how to File Income Tax Return Online

How do I Calculate My Term Insurance Premium

What are the Tax Benefits of Sukanya Samriddhi Yojana (SSY)?