What is tax Evasion and Penalties for Tax Evasion in India?
Search
Close
Close 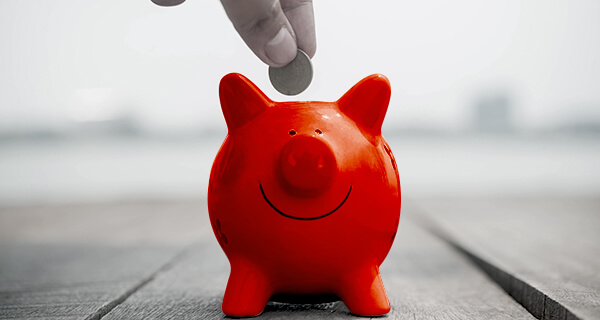 Income tax, goods and services tax, import-export tax, state border tax, etc., are some mandatory taxes in India. However, despite the rules and regulations surrounding these taxes, some people try to evade paying taxes. There are several ways to do this. However, tax evasion can lead to severe penalties. This article talks about tax evasion, how it is committed, and its penalties.

What is tax evasion?

Tax evasion is nothing but any activity that aims to hide, understate, or falsely report income to reduce your tax liability. For example, not paying the tax or paying less than what is due is considered to be tax fraud. It is essentially the criminal act of a person or a company attempting to avoid paying their tax obligations. It includes concealing or fabricating income, falsifying deductions without proof. Another tax evasion example is failing to declare cash transactions, etc.
People utilize various methods to avoid paying taxes, including filing fraudulent tax returns, smuggling, falsifying documents, and bribery. Tax evasion is important because it is considered illegal in India and leads to severe penalties. The penalty for not disclosing income ranges from 100 percent to 300 percent of the tax. But, you should also not ignore the fact that taxes are an essential source of revenue for the government.

What is the difference between tax exemptions and evasions?

What are Tax Avoidance and Tax Evasion?

While tax avoidance simply means to avoid paying taxes by lawfully complying with the provisions, tax evasion, as mentioned above, means to avoid paying taxes through frauds and unfair practices. The former is just a way to defeat the intention of the law while still following it. However, the latter is a way to cheat the law. If one aims to avoid paying taxes, they can use the loopholes in the provisions to their advantage, but if you choose to evade paying taxes, you must employ unlawful practices with malafied intentions. Another significant difference between tax avoidance and evasion is - the former is a means of tax planning which is performed before tax liabilities arise. At the same time, the latter is blatant fraud performed after the tax liabilities arise.

Having read the meanings of these terms, you can now clearly understand the difference between tax planning, tax avoidance, and tax evasion and make prudent financial decisions.

How do people evade tax?

People can resort to different ways to evade tax. Some of the most commonly used strategies include the following:

In order to avoid paying state taxes, import-export taxes, and customs duties, many people and businesses resort to smuggling. Smuggling is a punishable act under Indian law, and tax evasion can result in greater penalties.

Submitting incorrect information like understating your income, overstating deductions, or any other kind of false reporting is a popular income tax evasion strategy. However, this is illegal.

Inaccurate financial documents like balance sheets and account books can give the impression of a low annual income. Some businesses also do not keep sale receipts to understate their income and reduce their tax due for the year.

Another tax evasion tactic is getting fake documents made to prove that you are eligible for a tax deduction, such as a disability certificate to claim tax deductions under Section 80U.

Many people resort to cash transactions to hide the trail of their earnings. Not having any income on paper implies that you do not have to pay any tax either. Businesses often do not produce invoices for their sales. Similarly, landlords may accept only cash payments instead of bank transfers or cheques for rent.

International bank accounts are not under the purview of the Indian income tax department. Some people may maintain a bank account outside the country to store money.

A lot of people may refuse to pay taxes. Then, despite the tax dues, the person does not make the necessary payments to the government.

Offering a bribe to an income tax official to change the amount of tax due is another way to evade tax. People turn to bribes to lower or eliminate any tax record due under their name.

What is the penalty for tax evasion in India?

The penalty for tax evasion can depend on the fraud committed and the extent of the unpaid tax. Here are some situations and the subsequent penalties levied in case of each:

1.Failing to file your income tax return within the due time

As per subsection (1) of Section 139 of the Income Tax Act of 1961, all taxpayers must file their income tax return during the tax filing period for each financial year. If anybody does not file their income tax return for any reason, they have to pay a late fee. This late penalty fee was ₹10,000 till the financial year 2019-20. However, effective from 2020-21, anybody filing a belated income tax return is charged ₹5,000 as a penalty. In some cases, the assessing officer can also decide the value of the penalty, which can be less or more than ₹5,000.

Failure to furnish accurate information while filing ITR is also a punishable offence. Most employers ask for the employees’ PAN card numbers at the time of employment. This information is used while deducting TDS or the tax deducted at source from the employee’s salary. Here’s the penalty for two scenarios involving a PAN card:

The taxpayer may not provide accurate information in the Income Tax Return submitted to the authorities. In addition, the assesse may discover inaccuracies in the information provided after it has been submitted. However, it is possible that the assesse will not be able to correct it within ten days of submission. Alternatively, the assesse may be aware of the error during the submission process but fail to notify the Income Tax Department. The penalty amount in such circumstances can be ₹50,000.

3. Concealing or misreporting your Income

As per Section 271(C) of the Income Tax Act of 1961, in case of hiding or understating your income, the penalty can be anywhere between 100% to 300% of the amount of tax that was due but not paid. Here’s how the percentage is decided:

A penalty of 10% on the previous year’s hidden or understated income is levied if the taxpayer owns up to the undisclosed income and declares it. Interest may also be charged here.

A penalty of 50% on the amount of income that is hidden or understated, is levied if the reason behind the under-reporting was a bona fide mistake. This refers to a genuine mistake that is not committed with an aim to evade tax.

A penalty of 300% on the amount of hidden or understated income is levied if the mistake was intentionally made to evade tax. This is also known as a mala fide mistake.

Income tax officials may feel compelled to raid a location to find the taxpayer’s undeclared income. Consequently, the penalty will be computed according to Section 271AAB in such instances.

4. Not complying with TDS regulations

For businesses or employers who deduct and collect tax at source, having a tax deduction account number (TAN) is vital. Not having a TAN can result in a penalty of ₹10,000. There are two kinds of frauds that can be committed here:

To avoid paying this penalty, taxpayers must file TDS returns before the prescribed due date.

5. Failure to comply with a demand notice

6. Not paying tax as per self-assessment

Taxpayers who fail to pay entire or a part of their self-assessed tax or interest are considered defaulting taxpayers. Failure to pay tax as per self-assessment is considered to be tax fraud under Section 140A (1). In such a case, the assessing officer can levy a penalty up to the total amount of tax owed to the government. However, if there is a valid reason for not paying tax as per self-assessment, the assessing officer may waive off the penalty.

If an organization does not get itself audited or does not submit an audit report under Section 44AB, they have to pay a penalty of ₹1.5 lakhs or 0.5% of their sales turnover, whichever is more. In addition to this, if the taxpayer does not provide a report from an accountant as mandated under Section 92E, they have to pay a penalty of at least ₹1 lakh or more. To avoid the penalty, the taxpayer must document all domestic and overseas transactions and obtain a report from a chartered accountant in India on or before the deadline. In addition, a penalty of 2% of the value of the transaction (international or domestic) will be applied if any documents required by the Act are not given or attached under Section 92(D)3.
It should be emphasized that the assessing officer is not required to impose a penalty in all circumstances where there is a default. The assessee may have been experiencing difficulty due to circumstances beyond their control. For example, the assessee may have been unable to carry out ordinary business operations, such as maintaining books of account due to the hardship. In addition, natural disasters such as cyclones, floods, and other natural disasters may have contributed to the hardship. In such instances, the assessing officer has the authority to exclude the assessee from the Act’s criminal penalties. However, the assessing officer must document the basis for granting the assessee the exemption advantage in writing.

How to avoid tax evasion?

It can help to be fully aware of the tax rules in the country in order to avoid any tax fraud. Keeping track of your income, deductions, and exemptions and understanding the underlying rules about each of these can ensure that you file your income tax return and pay your tax correctly. It may also help consult a professional financial advisor or tax planner to avoid delays, lapses, or mistakes.

Kotak Life offers a carefully curated pool of helpful guides that makes it easier to understand tax-saving strategies. Given the many provisions to claim tax benefits, deductions, etc., under the Income Tax Act of 1961, you can lower your tax liability using legal and accepted ways. This leaves no room for committing fraud or evading tax by unlawful means. Moreover, not only do you save tax but also build a pool of savings for later, securing your future and that of your family.

To sum it up: Conclusion

Tax evasion is a serious crime in India and should be avoided at all costs. Repeated attempts to evade tax can result in severe punishments. This is why it is extremely important to pay attention to your income tax details, file your returns on time, and ensure that you follow all the rules and regulations laid down by the income tax department and the Government of India.